We Are The Mighty 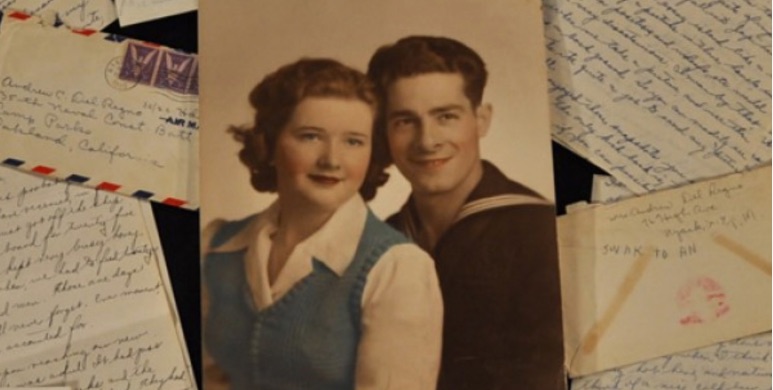 On May 8, 1945, Navy Seabee Andrew Del Regno sent a letter to his wife from the front lines of the Pacific Front of World War II. It was one of some 600 letters the couple sent each other over the course of the war. His wife, Helen Del Regno, who was home in Nyack, New York, received it much later — after the end of the war in Europe. The war against the Japanese Empire would continue until September of that year.

Decades later, their son, filmmaker Vic Del Regno, would meticulously compile those letters to tell the story of his parents’ undying love for one another in the background of one of the most turbulent times in American history, World War II. That effort culminated with the younger Del Regno’s hour-long documentary, Till Then: A Journey Through World War II Love Letters. 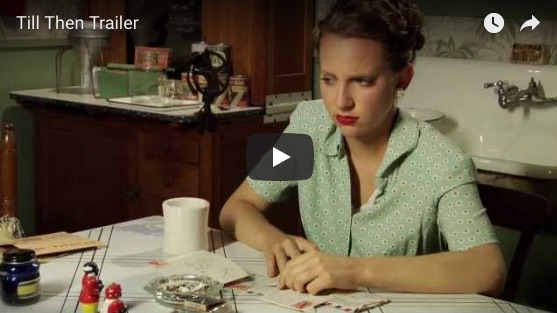 Vic Del Regno found his parents’ correspondence in the garage of their New York home. He had them compiled in leather-bound books to preserve them for posterity. Upon finding them, he was inspired to retrace his father’s service in the Pacific Theater on a trip that took him to legendary places in American military history, including Guadalcanal and the Solomon Islands.

The books have a different title, ‘Who Knew?’ (Photo by Vic Del Regno)

In the book’s introduction, Vic Del Regno writes that he wanted to capture “the deep loneliness and hardship many couples experienced during the war, caused by being separated by thousands of miles and long periods of time. This is a real life story, taken from the letters, that ties together the elements of love, betrayal, forgiveness, tragedy, and hope.”

The book, entitled Who Knew? A World War II Journey Through Love Letters, was changed because Del Regno wanted the film’s title to reflect how his parents signed off their letters, with a reference to a popular song of the era by the Mills Brothers, ‘Till Then.’ 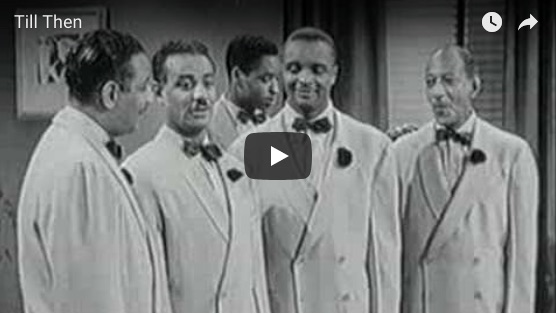 The letters pull no punches, documenting the war’s grim realities, along with the pain and hardships of a relationship torn apart by a seemingly unending, brutal war. Despite their dismal situation, you can also see the hope brought by each letter and the importance of receiving correspondence from home for a sailor deployed thousands of miles away.

Vic Del Regno wanted to capture the sacrifices made, not just by his parents or by the soldiers and sailors who fought the war, but by all Americans at a time when victory was anything but assured. He also hopes that it might shed some light on the struggles faced by those troops (and their families) who are fighting today’s wars overseas. 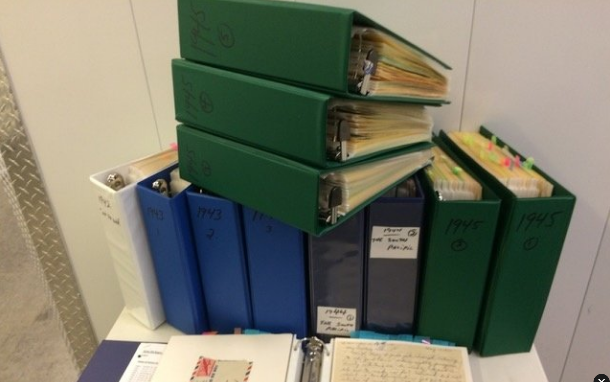 “It reaches the many sides of war experienced by those who have served and those who were left behind,” writes Jack Sprengel of the Seabee Museum and Memorial Park. “History repeats itself in many ways and this film tells a story just as important as the battle stories told.”

Vic Del Regno’s untiring work is emblematic of the motto his Seabee father shared with his fellow veterans:

“With willing hearts and skillful hands the difficult we do at once, the impossible takes a bit longer.”

It took Vic Del Regno five years and now, that labor of love – the letters of his parents – are preserved forever in the U.S. National Archives.