‘Till Then’ Takes Home Film Award

— FLICKERS: Rhode Island International Film Festival (RIIFF) proudly announced the award winners for its 17th annual festival, on Sunday, Aug. 11, at its awards ceremony held at The Metcalf Auditorium at the RISD Museum in downtown Providence, RI. This year’s Festival took place Aug. 6–11, 2013, and had a record-breaking year in attendance for ticket buyers and filmmakers, including more than 800 people at the Opening Night Celebration.

More than 200 feature length, documentary and short films—from 65 countries, and 36 states across the U.S.—were screened during the six-day Festival at locations throughout the state of Rhode Island. Films were selected from a record entry base of 5,114 submissions, and this year’s Festival included 55 World, North American, and U.S. Premieres. 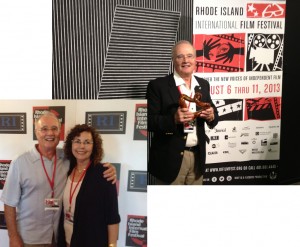