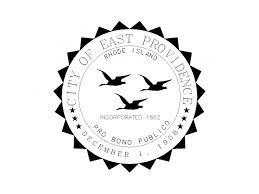 I hope your travels home to Florida went smoothly, and that the sun is shining mightily! It is Thursday morning now and still
raining in Rhode Island. It is dreary, cold, and damp, but I find myself still smiling and still talking about Tuesday’s program to
our staff and to our patrons.

What a memorable Veterans Day holiday you gave to our library community. The evening was a success on so many levels,
and I want to thank you for your timely, important, and genuine film. You obviously made this film with great compassion, not
just for your own family, but for all who have experienced a war, from the soldiers to their families and spouses to the
inhabitants of the war torn islands. You mentioned that you had never made a film before Till Then, but honestly, I am not
sure anyone believes you. The film’s quality is professional and comparable to many documentaries shown on national
television. The film also presents a subject that is not the familiar story of WW II. It reaches into the past and yet inspires
viewers to consider themes that touch everyone ­ separation, loneliness, the importance of communication and, even today,
the importance of the written letter.

The live footage of the war ‘Was striking and perfectly balanced With the poignant interviews of the Nyack residents,
veterans, and commentators. Your music selections also enhanced the film and by the film’s end, I wondered if you might
release a film CD one day. Your film engaged the audience historically, intellectually, and emotionally. In fact, a staff member
who was in the audience observed how still the audience remained throughout the entire hour. Not a soul fidgeted.
Obviously, the film did more than hold their interest; it truly moved them as is evidenced by their tears, their applause, and
their comments and questions at the film’s end.

Again, many thanks to you and Theresa for joining us for the screening. Having the filmmaker on hand to introduce the film
adds such depth and excitement to the program. Thank you for recognizing the veterans in the audience and for your
decision to begin the program with The Star Spangled Banner. Finally, thank you for your donation of the DVD. We had many
who were unable to be with us on Tuesday evening (including two WW II veterans) and they are grateful that they will be able
to see the film.

Do stay in touch and my best wishes for this meaningful film to be seen by larger and larger audiences.